Renowned theoretical physicist and cosmologist Stephen Hawking has again called on humanity to redouble its efforts to colonize other worlds before the Earth becomes uninhabitable. This time, however, the deadline is even tighter.

Speaking to The Royal Society in London ahead of the Starmus IV festival to be held this June in Trondheim, Norway, Hawking reiterated his desire for humanity to unite with the singular purpose of becoming a multi-planetary species.

“I strongly believe we should start seeking alternative planets for possible habitation,” Hawking said, adding that “We are running out of space on Earth and we need to break through the technological limitations preventing us from living elsewhere in the universe.”

Hawking has significantly revised the 1,000-year timeline he gave in November last year, as he now believes humanity has just 100 years to develop the technology for planetary colonization.

In the opinion of his colleagues, the main driver behind the dramatically revised estimate is climate change.

“I think what it comes down to is explaining how the data of climate change has been collected and how the scientific process works and how data is tested over and over again and I think it’s an educational job,” said Neuroscientist and Nobel Laureate Edvard Moser, who will also be at the Starmus event, as cited by Wired.

“I don’t think there’s a single sentence I could say that would change anyone’s mind overnight but I think it’s a long term thing,” Moser added.

Hawking has become increasingly wary of the potential role AI could play in humanity’s development and eventual colonization of other worlds.

“I fear the consequences of creating something that can match or surpass humans. AI would take off on its own and redesign itself at an ever-increasing rate,” he previously stated. “Humans, who are limited by slow biological evolution, couldn’t compete and would be superseded.” 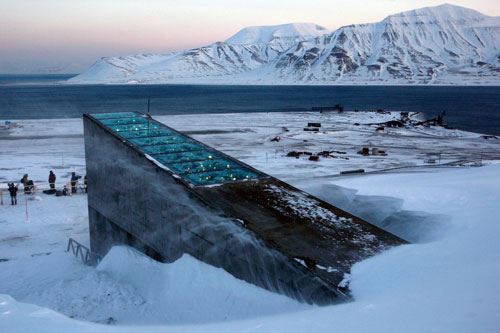