After Ali Hasanov's son, was "hidden" his daughter - Facts 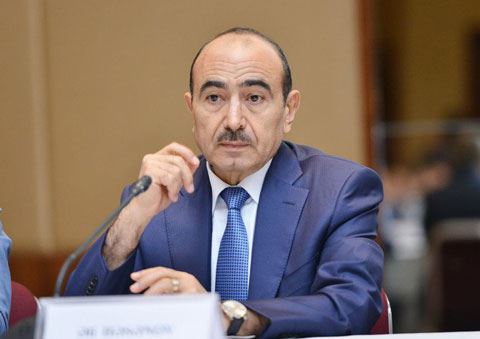 The name of Safiya Mehbaliyeva, daughter of former presidential aide Ali Hasanov, has been removed from the official website of the company "GEMAEE MOANDSONS GENERAL TRADING LLC", which she founded.
Yeniavaz.com reports, that the name of Safiya Mehbaliyeva was previously mentioned as the founder of the "GEMAEE" company operating in Dubai (UAE) and selling expensive gold and jewelry.
However, the name of Ali Hasanov's daughter was removed from the official page after information about this was published in the media. 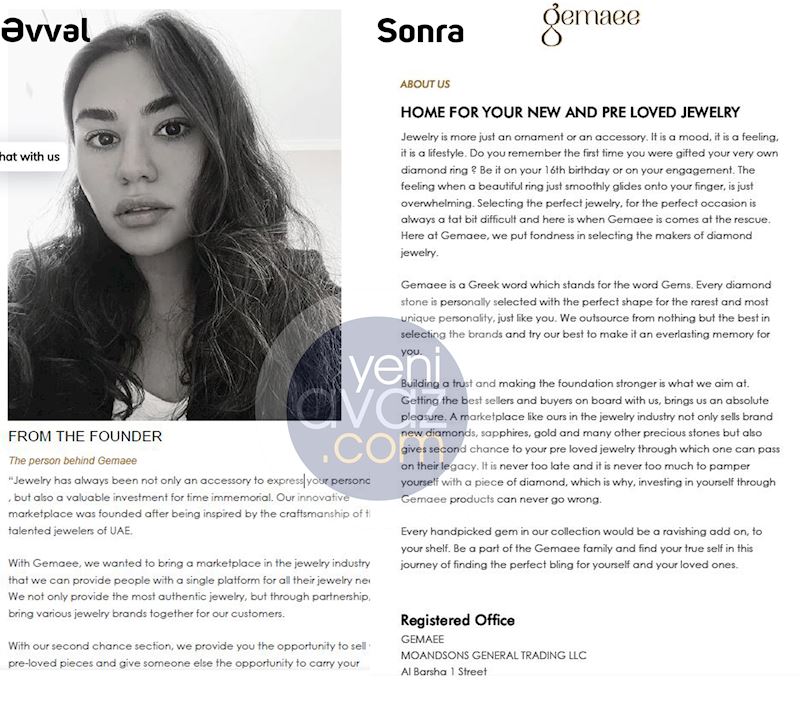 For information, Safiya Mehbaliyeva, the daughter of Ali Hasanov, is also the wife of the former head of the Garadagh police department, Colonel Isfandiyar Mehbaliyev, the son of a member of the Milli Majlis, chairman of the Confederation of Trade Unions of Azerbaijan Sattar Mehbaliyev.
It should also be noted that a similar situation occurred with Ali Hasanov's son Shamkhal Hasanli.
Shamkhal Hasanli, who left Azerbaijan and moved to the US, took a job at "Zylberglait Group", one of the leading real estate companies in Miami, Florida's second largest city. The "Zylberglait Group", where Shamkhal Hasanli works, is considered the local (Miami) office of "Marcus and Millichap", one of the largest real estate companies in the US and the world. After the news that Shamkhal Hasanli, who works as a financial analyst in the Miami office of "Marcus and Millichap", has many Armenians among his business partners, all information about Shamkhal Hasanli was removed from the official website of the "Zylberglait Group".
However, it should be noted that although the information has been removed from the official sites, similar information can be found in search engines. 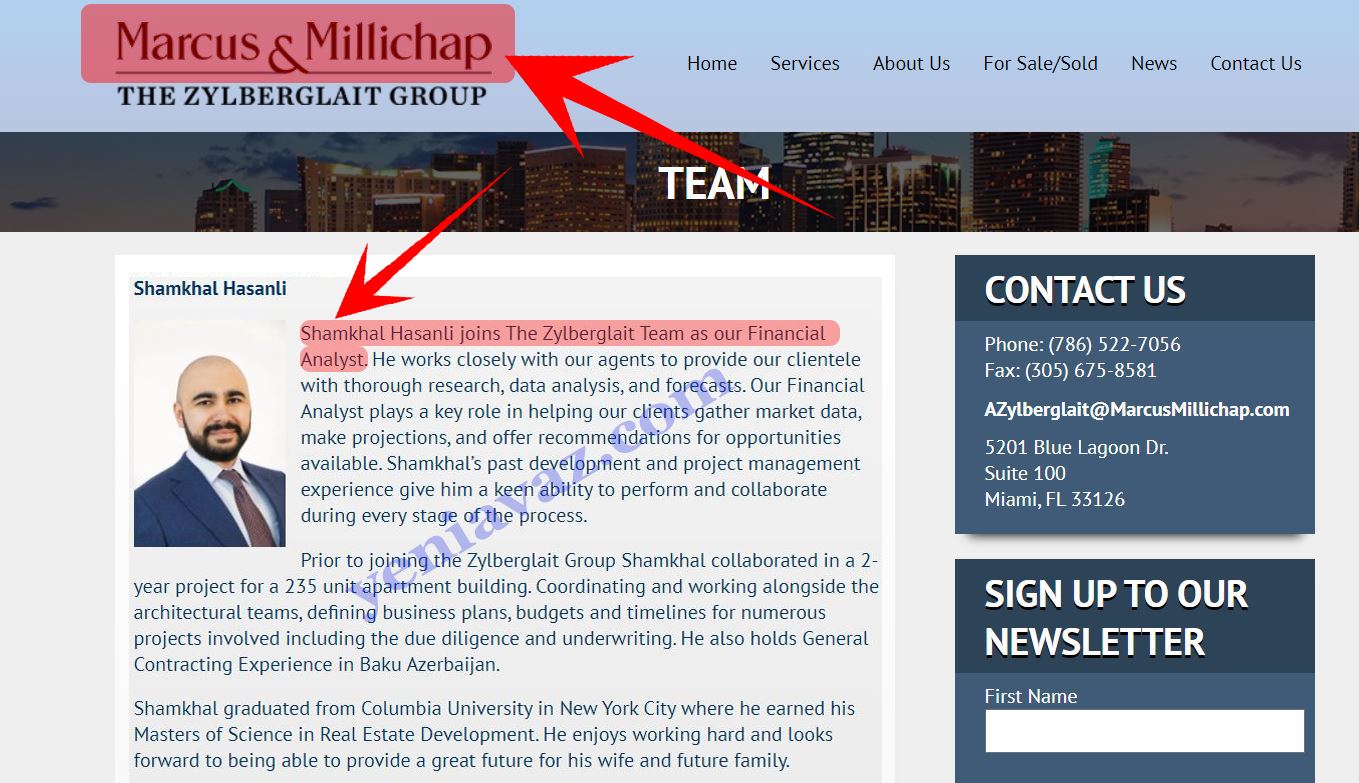