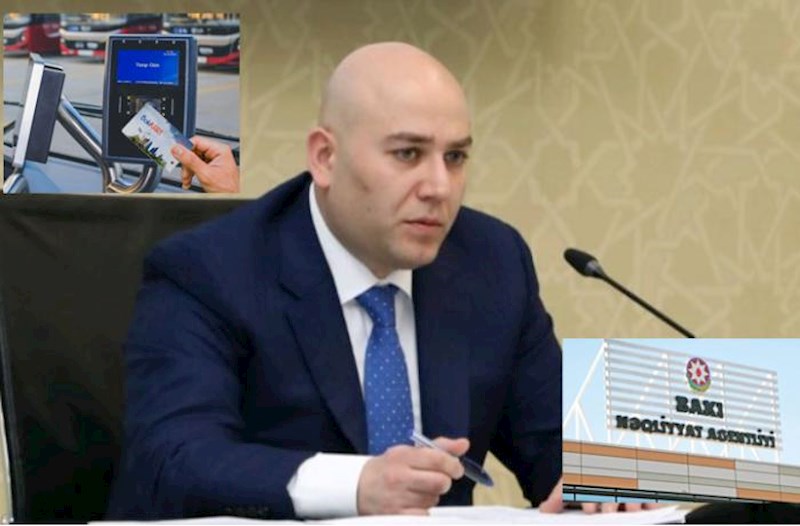 Recently, 19 private transport companies submitted a collective appeal to the state administration, in which it was indicated that they pay "BakıKart" 5% of the collected funds in accordance with the number of passengers they transport every day.
According to Yeniavaz.com, transport companies said that this is a rather large percentage and asked to reduce this duty.
After this statement by transport companies, transport expert Elmaddin Muradli said that 5% of the fare paid by passengers through "BakıKart" is charged by BNA.
The head of the BNA press service, Mais Agayev, accused Elmaddin Muradly of lying and stated that 5% of the funds collected in accordance with the number of passengers are paid to a company that is a payment operator operating in this area. The BNA representative said that this procedure is governed by agreements concluded between the carrier company and the operator at the legal level. 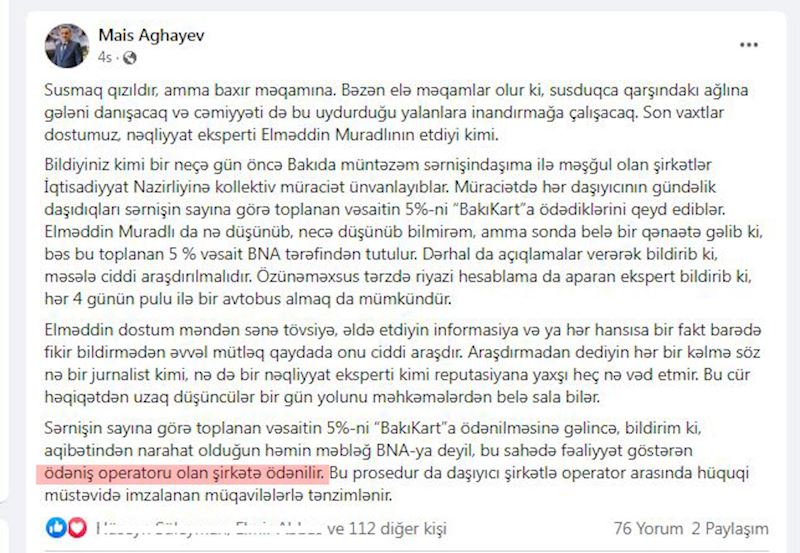 For information, BNA representative did not disclose who is the operator who takes 5% of the fare from carrier companies.
A research conducted by Yeniavaz.com shows that the operator that takes 5% of the fare from transport companies, that is, the company that owns "BakıKart", is "K Group" LLC (TIN 1402954871).
Interestingly, that there is no information about this company on the official website of "BakıKart" "bakikart.az". When we look at the site, it seems that the name "K Group" LLC was deliberately kept secret during the development of the site. However, they could not hide (or forgot) that the domain name "bakikart.az" belongs to "K Group" LLC. 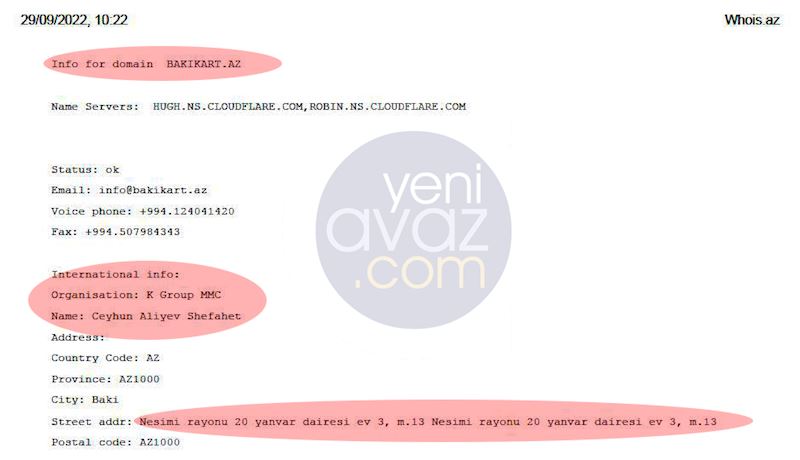 Considering that 535,000 passengers use the Baku Metro during the day, we see that "K Group" LLC receives a large income from funds paid through "BakıKart". For example, this figure is 8,025 manat per day, based on the number of passengers in the Baku metro. This is 240 thousand 750 manat per month and 2 million 889 thousand manat per year.

Who is the owner of "K Group" LLC, whose name we cannot find on the "Bakıkart.az" website?
From the published official information it follows that "K Group" LLC was registered on 11/03/2014. Bayramov Orkhan Khanlar oglu is the legal representative of the LLC with an authorized capital of 3 million 10 manat. Like "K Group" LLC, which annually receives millions of funds, there is no information about Orkhan Bayramov in open Internet resources.
It is known that a company called "GMSA" (TIN - 1402774731) was registered at the legal address of "K Group" LLC - Baku city, Nasimi district, January 20, house 3. ap. 13. The legal representative of the company, registered in 2014, the same year as "K Group" LLC, is the head of BNA Karimli Vusal Agamammad oglu.
Apparently, although BNA does not directly collect 5% of the fare through "BakıKart", these funds go to the budget of a company associated with the head of BNA. 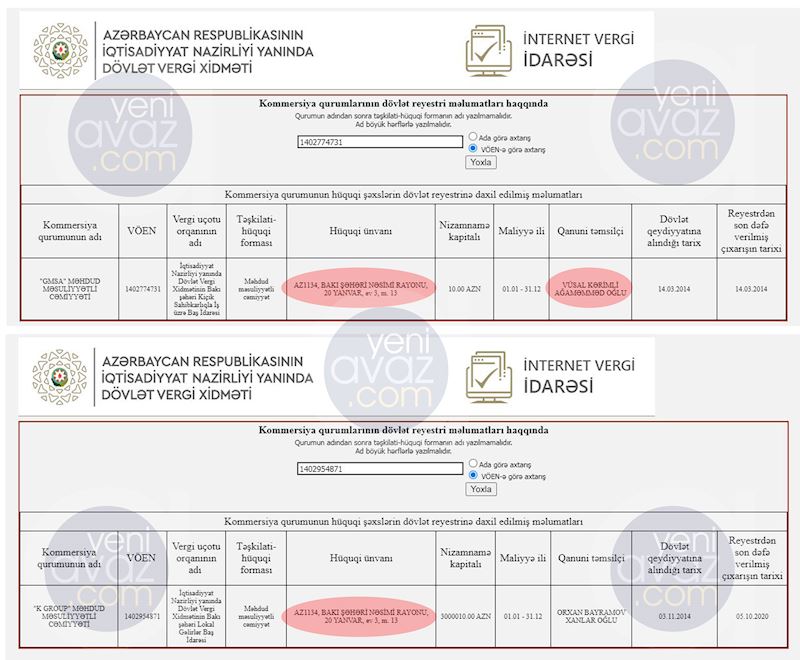