Azerbaijan hands over 95 bodies of more Armenian servicemen to oside 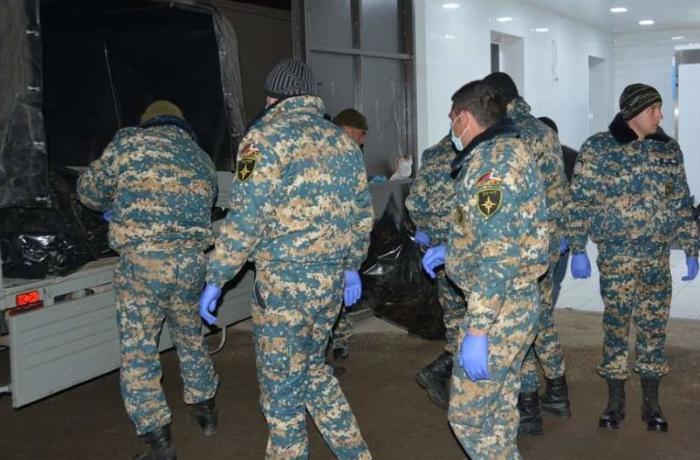 The search for the bodies of the Armenian military personnel who were killed as a result of the counter-attack operation of the Azerbaijani Army against the large-scale provocations committed by the Armenian armed forces on the Azerbaijan-Armenia border on September 12-14, 2022, was carried out, Yeniavaz.com reports ciitng the State Commission on Prisoners of War, Hostages, and Missing People.
The Republic of Azerbaijan has once again demonstrated its commitment to international humanitarian law and humanist values and, on September 20, handed over the bodies of 95 Armenian soldiers to the Armenian side through the mediation of the International Committee of the Red Cross after the inspection of the bodies with the participation of the Military Prosecutor's Office of the Republic of Azerbaijan and determining no signs of violence on them.
It was reported that the humanitarian process of handing over the bodies of Armenian servicemen to the other side would be continued.
Səhifəni ziyarət et
Səhifəni ziyarət et
Səhifəni ziyarət et