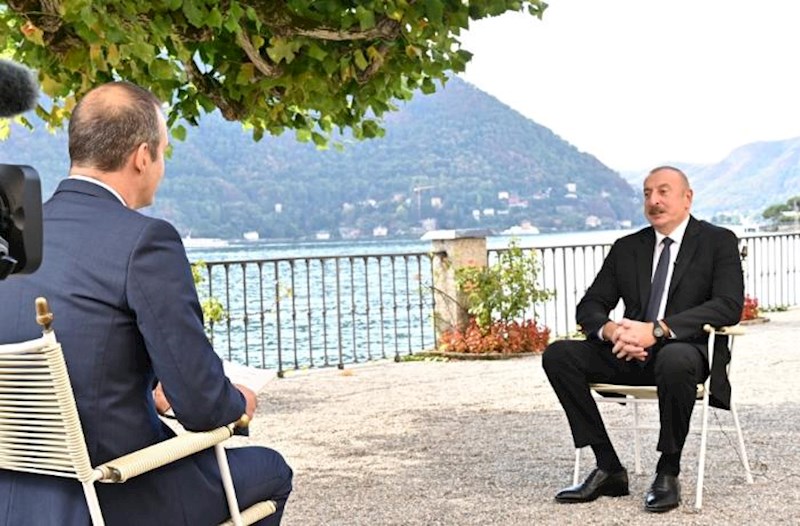 "I should mention one important point that neither before nor now we have set ourselves the goal of competing with Russian gas on the European market. We have our own place," President of the Republic of Azerbaijan Ilham Aliyev said in an interview with the correspondent of the Italian “Il Sole 24 Ore” newspaper Roberto Bongiorni in Cernobbio, Yeniavaz.com reports.
"We have signed contracts with three European countries, namely Italy, Greece and Bulgaria. Other European countries also have demand and we appreciate that demand. As you mentioned, there are other projects. For example, the Ionian-Adriatic pipeline extending to the Balkan states, the soon-to-be-launched Greece-Bulgaria interconnector and other interconnectors. But all this reminds of a wedge on the table. We have a lot of work to do as we actively engage in dialogue with potential consumers, negotiate with investors and stakeholders in both manufacturing and distribution, as well as pricing," said Azerbaijan's President Ilham Aliyev.
Səhifəni ziyarət et
Səhifəni ziyarət et
Səhifəni ziyarət et