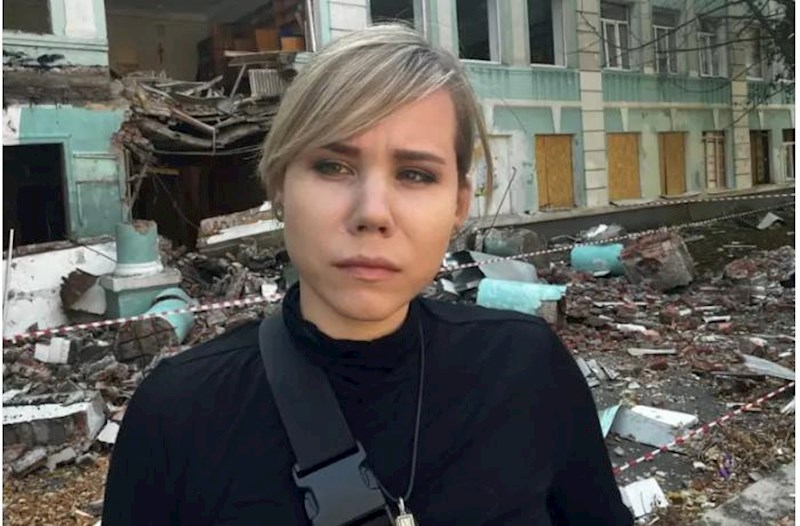 Russia's Federal Security Service (FSB) has identified a member of a Ukrainian sabotage and terrorist group who, together with Natalya Vovk, was plotting the murder of Russian journalist Daria Dugina, Yeniavaz.com reports according to the TASS.
"It has been established that Dugina's murder was devised by a member of a Ukrainian sabotage and terrorist group, who workerd together with Vovk in Moscow. That is Ukrainian citizen Bogdan Petrovich Tsyganenko, born in 1978, who arrived in Russia in transit through Estonia on July 30, 2022 and left Russian territory the day before Dugina’s car exploded," the FSB noted.
According to the FSB, Tsyganenko provided Vovk with fake car license plates and documents in the name of a real-life citizen of Kazakhstan, Yulia Zaiko. In addition, together with Vovk, he assembled an improvised explosive device in a rented garage in southwestern Moscow.
Law enforcement officials told TASS that Tsyganenko would be put on the wanted list.
The FSB reported that they are still identifying individuals involved in the murder of Darya Dugina organized by the Ukrainian special services.
Dugina was killed on August 20 when her car was blown up on Mozhaisk Highway near the village of Bolshiye Vyazemy in the Moscow Region’s Odintsovsky district. On August 22, the Russian Federal Security Service's Public Relations Center told TASS that her murder had been solved. According to the agency, it was carried out by Ukrainian intelligence services, and the perpetrator is a Ukrainian citizen Natalya Vovk.
Previously the FSB of Russia reported that the murder of journalist Daria Dugina was prepared by the Ukrainian special services, and the executor was a citizen of Ukraine Natalia Vovk.
It should be noted that Daria Dugin, daughter of the ideologist of the "Russian world" Alexander Dugin, died on August 20 as a result of a car bomb explosion.
Səhifəni ziyarət et
Səhifəni ziyarət et
Səhifəni ziyarət et