Death toll in Kazakhstan military base explosion up to 13 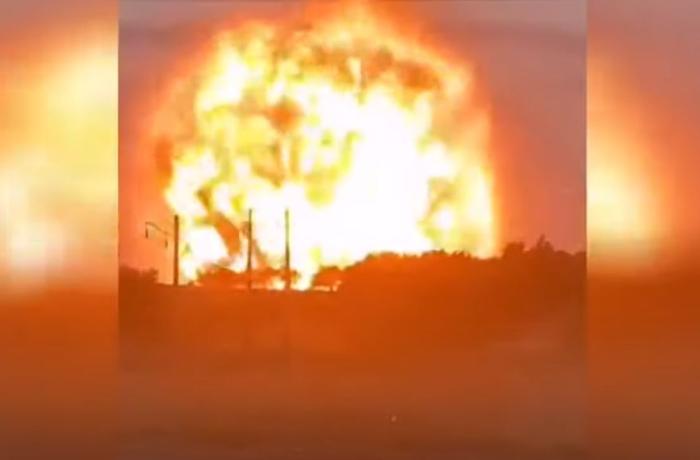 The death toll at the ammunition warehouse fire and explosion at the military base in Kazakhstan went up to 13, according to the Kazakhstan Emergency Ministry press service statement on Saturday.

The search for three more people is under way.

"The death toll in the explosion in the Zhambyl region has reached 13. Another body has been found and identified," according to the statement. Earlier, the ministry reported that 12 people were killed while battling the consequences of the explosion.

The total number of those injured in the explosion is 98, among them are 50 Emergency Ministry personnel.

On August 26, 2021 a fire broke out at a warehouse at military base in the Bayzak district of the Zhambyl region, at about 19:00 (16:00 Moscow time). The fire resulted in more than 10 explosions. The Emergency Ministry organized the evacuation of nearby villages and military recruits.