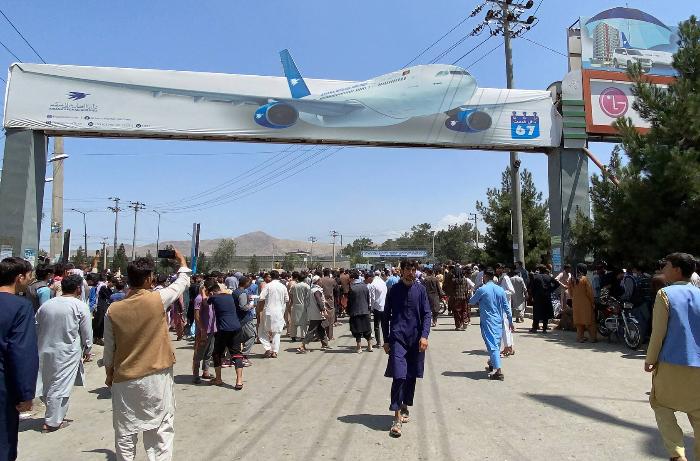 A total of 12 people were killed in a stampede and shootout in Kabul Airport following the Taliban's takeover of the Afghan capital, the news agency Reuters reported on Thursday, citing Taliban and NATO officials.

The Taliban militant group (outlawed in Russia) urged citizens to leave the airport and return home, the news agency reported.

The Taliban also said its members posed no threat to the lives of the people staying in the airport. "We don't want to hurt anyone at the airport," Reuters quoted a Taliban official who declined to be identified as saying.

On August 15, fighters from the Taliban radical militant group entered Kabul without any resistance and established full control over the Afghan capital within several hours. President of Afghanistan Ashraf Ghani announced that he had stepped down to avoid bloodshed and fled the country.

In this situation, Afghanistan’s Vice President Amrullah Saleh declared himself as the country’s caretaker president, calling on the army to resist the Taliban. Western countries are evacuating their nationals and embassy staff.