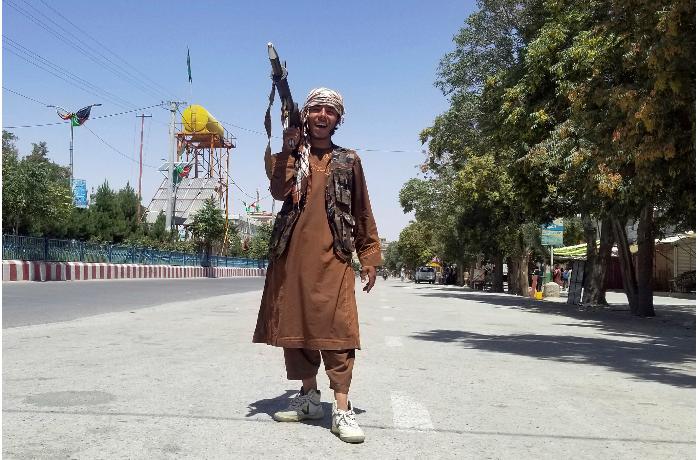 Fighters of the Taliban radical militant group (outlawed in Russia) started collecting weapons from civilians in the Afghan capital of Kabul, the news agency Reuters reported on Monday, citing a Taliban official.

"We understand people kept weapons for personal safety. They can now feel safe. We are not here to harm innocent civilians," the official said.

The fighters of the Taliban radical militant group entered Kabul without encountering any resistance on Sunday and started to take control of government buildings abandoned by Afghan troops, the Al Arabiya TV Channel reported. President of Afghanistan Ashraf Ghani left the country. The Taliban later announced that it had established control of all the districts in the Afghan capital.