Erdogan: “Cyprus issue has no alternative but a settlement between the two states 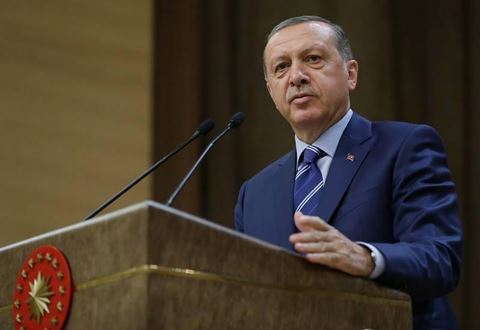 "In the 1960s, they were Greeks who did not recognize the right of autonomy to the Cypriot side. Their aim was to control the island alone” said Turkish President Rejeb Tayyib Erdogan at his speech at a group meeting of the AKP, APA’s local bureau reports.

“A referendum was held. 75 percent of our compatriots said "yes", 65 percent of Greeks - "no". South Cyprus became a member of the European Union, while North Cyprus was not admitted to the organization. Meetings on this issue began in Istanbul last week. Mitsotakis is now challenging. How will you and me meet? If there are paths for peace, don't be challenged. At the time, you avoided negotiations. What are you counting on? Turkey is firmly on its feet. The Cyprus issue has no alternative but a settlement between the two states," said the Turkish President.