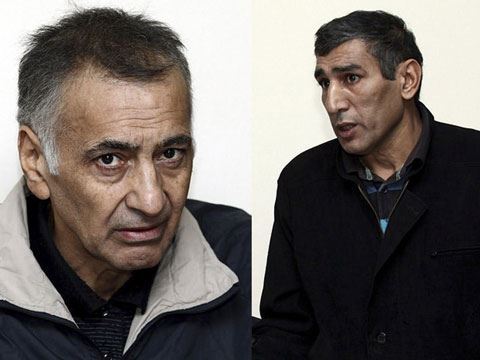 The letter addressed to the UN General Secretary by Head of Azerbaijan’s Permanent Representation under the UN and related to illegal arrest by Armenia of Azerbaijani civilians Dilgam Asgarov and Shahbaz Guliyev has been published as a document of the UN General Assembly and Security Council, press service of the Ministry of Foreign Affairs told APA.

It is mentioned in the document that the illegal nature of the so-called regime controlled by Armenia and being just a manifestation of aggression, racial discrimination and ethnic cleansing had been repeatedly stated at the international level.

In this regard, it is mentioned referring to the decision of the Grand Chamber of European Human Rights Court delivered on June 16, 2015, and entitled “Chiragov and others against Armenia” that Armenia implements full control over Nagorno Garabagh region and other occupied territories of Azerbaijan.

At the same time, it is mentioned in the document that the world community consistently supports territorial integrity and sovereignty of Azerbaijan including Nagorno Garabagh region and adjacent territories occupied by Armenia and denounces occupation of Azerbaijani territories, and demands immediate, full and unconditional withdrawal of all Armenian armed forces from the occupied territories.

The documents also reflect the fact that Azerbaijani civilians Dilgam Asgarov and Shahbaz Guliyev were taken hostage and another Azerbaijani civilian Hasan Hasanov was cruelly killed by the Armenian armed forces while they were visiting their native lands and graves of their ancestors in Kalbajar region occupied by Armenia.

It is especially stressed in the document that the Armenian side has illegally given “life sentence” to D. Asgarov and handed Sh. Guliyev to a 22 years’ sentence based on the fabricated claims. At the same time, it is noted that the corpse of Hasan Hasanov was returned 3 months after his killing, on October 2, 2014, by the mediation of the International Committee of the Red Cross (ICRC).

It is emphasized on the document that Minister of Foreign Affairs of Azerbaijan Elmar Mammadyarov touched upon the issue regarding D. Asgarov and Shahbaz Guliyev particularly during his speech at the 26th meeting of the OSCE Ministerial Council in Bratislava, December 5-6, 2019, the Armenian side opposed their release on the principle of “all to all”.

In this regard, it was particularly noted on the letter addressed by Permanent Representative of Azerbaijan to the United Nations to UN Secretary-General on the illegal arrest of D. Asgarov and Shahbaz Guliyev that the mentioned persons were illegally arrested and kept on fabricated charges by illegal and unauthorized organization of so-called regime established by Armenia in the occupied territories of Azerbaijan, faced fictional “court” and sentenced to long term imprisonment.

At the same time, it was brought to the notice that D. Asgarov and Sh. Guliyev was not informed about the charges against them, as well as they were kept with the deprivation of the right to correspondence and communication for a while.

The document reads that they are presented as “provacators”, “murderers”, and “hired criminals” in the statements voiced by Armenian officials before so-called “court” and during “court”, as well as it is stated that accusations against mentioned persons were not explained in the language that they understand, adequate help was not provided by the translator, and “the trial” was conducted in Armenian language which they did not understand.

It is specifically stressed in the document that D. Asgarov and Sh. Guliyev are currently being kept in the prison in complete isolation, and they have not any contacts except the visits by the International Committee of the Red Cross. There is also stated that D. Asgarov and Sh. Guliyev are discriminated against for ethnic origin and nationality and their arrest does not have any legal basis or legitimacy, as well as it is mentioned that the violation of rights of the mentioned persons is the subject of complaint in the European Court of Human Rights.

In the final, it is especially emphasized in the document that the Republic of Azerbaijan expects the UN, as well as its relevant human rights mechanisms and procedures, will not be indifferent to the fates of D.Asgarov and Sh. Guliyev, also, will make an effort in order to ensure their immediate and unconditional release and reunite with their families.