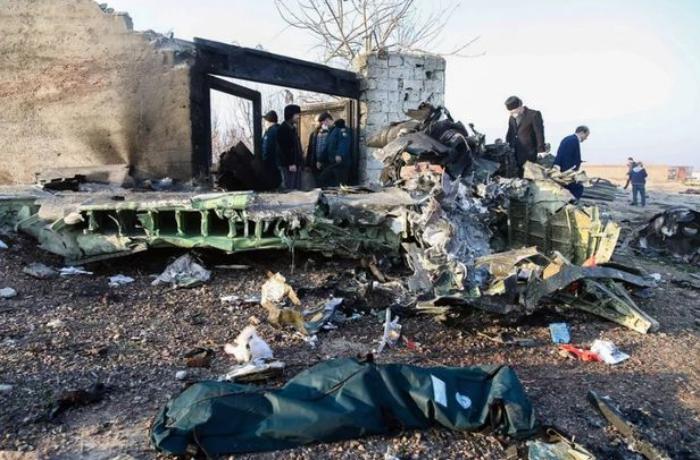 Ukraine’s President Volodymyr Zelenskiy said on Friday that the possibility a missile downed a Ukrainian passenger airplane over Iran this week killing all on board had not been ruled out but it had not been confirmed yet, APA reports citing Reuters.

He said would discuss the investigation with U.S. Secretary of State Mike Pompeo later on Friday.

“The version about a missile hitting a plane is not ruled out, but it has not been confirmed yet,” Zelenskiy said on Facebook.

“Given the recent statements by the leaders of the states in the media, we call on all international partners - notably the governments of the United States, Canada and the United Kingdom - to submit data and evidence concerning the disaster to the commission which investigates the causes” he added.

The airliner that crashed in Iran, killing all 176 people aboard, was likely brought down by an Iranian missile, Canada’s Prime Minister Justin Trudeau said on Thursday, citing intelligence from Canadian and other sources.

Earlier on Thursday, a U.S. official, citing an extensive review of satellite data, said Washington had concluded with a high degree of certainty that anti-aircraft missiles brought the plane down. The official said the Boeing 737-800 had been tracked by Iranian radar, APA reports citing Reuters.

Iran denied that the airliner had been hit by a missile.

Zelenskiy on Thursday discussed the investigation into the plane crash with his Iranian counterpart, Hassan Rouhani, who stressed that Iran would provide the Ukrainian expert group with prompt access to all the necessary data.