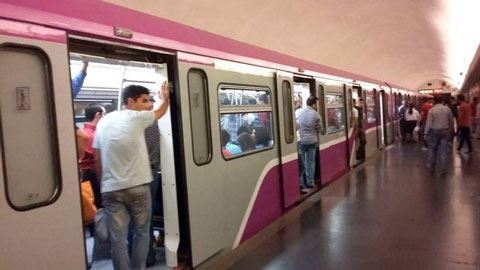 The world's first metro station is celebrating the 157th anniversary of its launch.

Report says the first metro station started functioning in London on January 10, 1863. The first line initially operated on steam power, which, in 1890, was replaced with electric power. The second overland metro appeared in New York back in 1868.

Today, metro lines are available in 178 cities in 56 countries. As of early this year, the Beijing metro is the world's longest subway (699.3 km). With its 23 lines and 405 stations, it serves an average of 10.5 million people daily (with a record high of 13.7538 mln people fixed on July 12, 2019) and 3.8484 billion passengers a year. China is also a leader for the number of subways with underground transport present in 40 cities of the country.