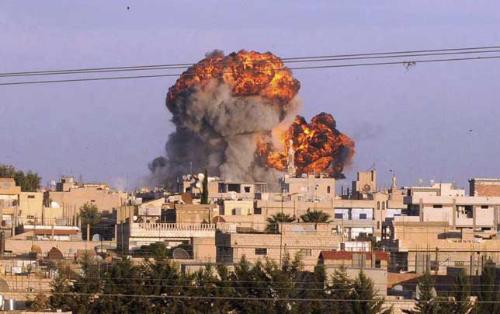 Bomb inside a fuel truck has exploded in the northern Syrian town of Afrin, killing at least 8, wounding 35 people. Yeniavaz.com informs citing the "Report".

Turkish security forces suspect that the attack was carried out by Syrian Kurdish fighters.

As a result of “Operation Olive Branch” carried out by Turkish Armed Forces and Free Syrian Army, Afrin and surrounding areas have been freed from the terrorists.